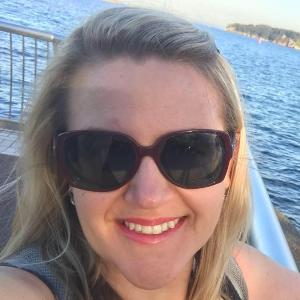 Bracken began line dancing during college in 1995 and started teaching line dancing in 2001. A native Californian, she currently teaches weekly classes in Bonita, California and hosts occasional half-day workshops/socials with various travelling instructors. She has also presented two weekend events in San Diego as the director of Move-In-Line, and she was head of the Move-In-Line Dance Team which performed for several years at the San Diego County Fair, demonstrating the breadth of what line dancing encompasses today.

Bracken loves choreographing dances and is probably best known for her hits like "Under Your Spell," "Moves Like Jagger," and "Hey Soul Sister." Bracken teaches at national line dance events each year and enjoys the camaraderie and family feeling that is present among all the dancers and instructors. She is supported in all her dance endeavours by her dance family and her parents, Linda & Bob Ellis.

Bracken Ellis has choreographed 92 dances, of which 29 have been co-choreographed. Their first published stepsheet on CopperKnob is Treated Bad from October 2007, with their most recent stepsheet of Just One Thing in May 2021.