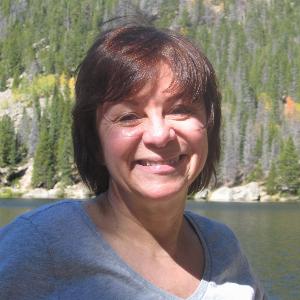 Email:
Website:
-
Address:
Arvada, Colorado
Country:
United States
Phone:
-
Carrie is retired from the Air Force and a career as an attorney.

She finds that dance gives her the most joy in life and that her feet do the choreography 'almost by themselves' when the music is inspring. After suffering long health issues with leg joints, Carrie fully celebrates her ability to dance again.

She choreographed the Beginner and Ultra Beginner dances shown here to address the needs of her Intro to Line Dance class.

'I could not seem to find dances that used just the steps I was teaching that week, along with the steps they had already been taught in previous weeks, so I just made up my own!"

Carrie has also choreographed one Intermediate dance, "Walking On A Thin Line" which she says she was inspired to do on Veterans Day 2014.

Watch for more from her on this site!"

Carrie Bauer has choreographed 33 dances, of which none have been co-choreographed. Their first published stepsheet on CopperKnob is Walking On A Thin Line from Feburary 2015, with their most recent stepsheet of Soul Food To Go in May 2020.