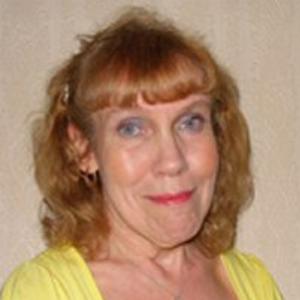 Email:
Website:
www.gayeteather.co.uk
Address:
-
Country:
United Kingdom
Phone:
01623 403903
I think I started dancing almost as soon as I started walking and haven't stopped since! All my life I have loved to dance; Ballet, Disco, Ballroom, Latin and now, of course, Line. I began line dancing back in the mid 70's although it wasn't called line dancing then but Fever dancing. Just like today, we would dance in lines using familiar steps such as jazz boxes, kick ball changes and vines but to the music of that era. I had always loved country music so when country line dancing became popular a few years later I was in my element.

In 1998, my husband Mick (himself a dancer and DJ), and myself formed our own club G-Force LDC. I later became fully qualified to Level 3 with BWDA and currently run several classes per week. Every class is very different, not only in level but in their tastes, approach, age groups etc and that's what makes it so enjoyable for me. From absolute beginner through to advanced - I enjoy every one and our club motto Grin and Share it is evident in each and every class!
Choreography is something I enjoy immensely and it has led to me being invited to teach in many places both in the UK and overseas. I love to travel and am very fortunate to be able to teach and work alongside some wonderful people including choreographers, dancers and artists. I feel especially honoured to have won three separate awards for my dances Oklahoma Wind and Voulez Vous Danser in the Beat Awards held in Timaru, New Zealand in 2009 and 2013 respectively. The three precious trophies now have pride of place in my living room and my greatest achievement was being able to meet, teach and dance with the New Zealand dancers in that beautiful country in 2013. Another of my most memorable experiences was touring Tennessee several years ago and in particular, visiting Nashville where I shared the stage at the Grand Ole Opry with some of Country's finest stars and had the great honour of interviewing Porter Wagoner and also Ray Walker, (Elvis's Bass Man) proud moments I shall never forget.

Gaye Teather has choreographed 424 dances, of which 41 have been co-choreographed. Their first published stepsheet on CopperKnob is Kill The Spiders from October 2007, with their most recent stepsheet of The Beautiful, Spanish, La Guapa in June 2022.

64 Count    4 Wall    Easy Intermediate   Music: Over Getting Over You by James House (duet with Natalie Noone) 140 bpm - Cd: Songwriters Serenade