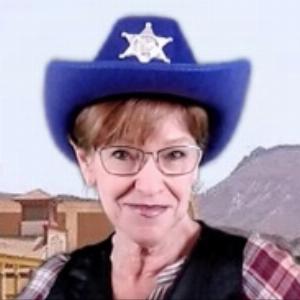 Email:
Website:
-
Address:
-
Country:
United States
Phone:
850 814 9185
At age 12, with the exception of the Atlanta Ballet, she was an apprentice at the largest dance school in Atlanta at the time, Jack Eppley Dancing School. She worked her way up to the head assistant to Mr. Eppley who was a past Vaudevillian who worked with the likes of George Burns, Eddie Cantor, Jimmy Durante and other stars of that show business era. She is a “trained to teach dance” teacher.

Helaine taught her entire teen years, ballet, tap and Jazz and then opened Helaine’s Dance School. As life took her in another direction she did not teach for many years and then sometime after retirement realized how much she missed dance, then started line dancing, choreographing and quickly began to be asked to teach around the Sunrise/Ft. Lauderdale, Florida area, where she now resides, as many as nine classes a week.

Helaine Norman has choreographed 133 dances, of which 6 have been co-choreographed. Their first published stepsheet on CopperKnob is Dancing Queen from May 2014, with their most recent stepsheet of For the Love of Rumba in August 2022.

32 Count    4 Wall    Beginner   Music: If I Said You Had a Beautiful Body Would You Hold It Against Me - The Bellamy Brothers