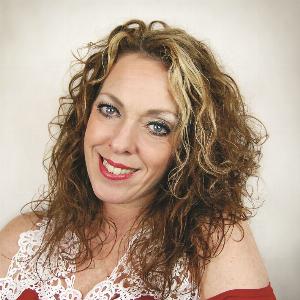 Email:
Website:
Address:
Country:
United Kingdom
Phone:
07989 308 255
Jane Gregory, Nicknamed Jaynie -Jane, originally from Bradford, first smelled the greasepaint at the tender age of only 5yrs old, singing & dancing in her first show. After training for many years in Ballet, Tap & Modern (including her favourites Jazz and Spanish) in 1986 she became the International Ballet Champion & "Miss Dance Of Great Britain" finalist for two consecutive years. At the age of 15 Jane began training to be a dance teacher and passed her first teaching exams at 17yrs of age.
Jane has performed around the country :~ in Summer Season, Principle Boy in Pantomime & support act for Jim Davidson, Stu Francais, The Grumblweeds & Bobby Davro :~ In musicals around the country & the West End she has starred as "Tuptim" in "The King And I" and "Chava" in "Fiddler On The Roof"~ in film and T.V. supporting Rick Mayall, Ade Edmenson, Michael York, Juliet Mills and Hugh Grant. She also also toured for a few years in Music Hall doing material from the 1940's & was chosen to star as Vera Lynne on many occasions and still performs to this day at 1940's events.

At the age of 21, Jane decided to gain more experience in the entertainment world by going it alone on the cabaret circuit, which included her famous Michael Jackson routine. She actually went out as a Michael Jackson impersonator for 12 years!
Jane has won many awards for her dance teaching skills. She retired as a professional dancer & has been teaching linedancing since 1991 & singing with her husband, Greg in a country/ linedance duo called SOULS ‘n’ STONE since the year 2000.
Jane still remembers being in one of the first issues of Linedancer Magazine when she was then under her maiden name of Jane Matthews.
Jane has taught line dance on P&O North Sea Ferries since 1993, where she met her husband Greg, and still runs a class once a week at Brighton St WMC, Heckmondwike, West Yorkshire.
Jane has also sang lead, backing vocals & harmonies on demo material for Nashville song writers.
Since 1988 Jane was a lead, backing and harmony session singer in a recording studio for Bill Clarke.
Jane worked for Bill for so long he became like a member of the family and called him dad No2. Jane often says "He was my hero and taught me everything I know" Jane worked with Bill & became very special friends.
After working with Bill in the studio twice a week from 1988 to 2010 Jane’s recording days ended when Bill sadly passed away just before Christmas 2010.
Jane now enjoys working with Neil Woodward in their hobby “The Dangerland Project”
Simply 2 best friends making good music together.
Neil Woodward is a local and very talented musician who is a member of the Country Music Duo “The Saloon Drifters”
Jane & Neil found they had so much in common musically that Neil asked her to jump on board with his recording projects.
Jane was thrilled to find her recording days were back on!! and is convinced Bill pushed both of them together as she felt lost when her studio days ended.
Jane loves to line dance as it keeps her feet moving and it still gives her that connection with the world of dance that has been a part of her all her life.
She hopes to keep dancing until and having fun until the end of her days.
When Jane teaches and DJs the main element has always been to have “FUN” and not to take things too seriously. To Jane, dance is a form of expression but should always be fun and her classes are always full of giggles.
In April 2017, Jane was asked to run a linedance workshop at the Saloon Drifters Line Dance Weekend In Skegness. Her first festival and workshop and wrote her very first line dance especially for the festival called “On The Wings Of Love”
Jane is a full member of Equity, International Dance Teachers Association and The Royal Academy Of Dance.