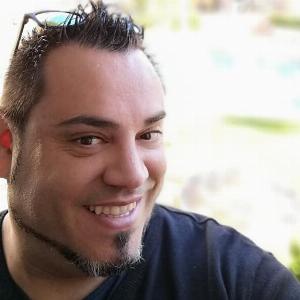 Email:
Website:
-
Address:
-
Country:
Spain
Phone:
697234094
Name: joan Morro Curriculum: Joan Morro was born on 22/12/1980 in Mallorca.
My dance career started in 1995 when I was 14. Started in ballroom dancing and where to get the maximum category of dance, with Spain Champion three consecutive years.
He was also a dancer on: Modern Dance, Jazz, Contemporary Dance and Spanish Dance (Flamenco).

In 2009, he started in Linedance coming quickly to the highest national category, Being Champion three consecutive years and winner of the match Spain Giants in 2012.
Participant Koreo Show's For Three consecutive years. Team Coach Bababoom Bababoom Linedance and teaches several courses social linedance. and as I choreographer, trying to combine the best steps with more catchy musics.

Currently it is integrated in K'booms (Koreos booms) with two of his most advantaged students and Marian Sancho and Majo Calafat.

Joan Morro has choreographed 20 dances, of which 13 have been co-choreographed. Their first published stepsheet on CopperKnob is Bailando from July 2014, with their most recent stepsheet of Mhf (i Need You) in October 2020.