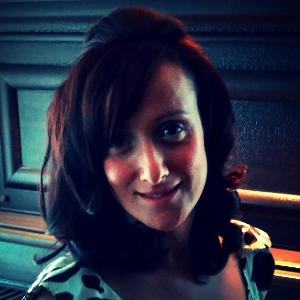 Vicky St.Pierre was born and raised in the French Province of Quebec, Canada. Her father was a well-known musician and her older brother was a nationally recognized athlete. At a very young age it was clear that she would follow in both of their footsteps with the same passion and drive that made them both successful. Today, Vicky is a well-rounded athlete, musician, dancer and choreographer. Her vibrant personality, athletic and musical influences show on the dance floor and through her instruction.

In her brother's footsteps, Vicky learned how to compete at a high level. Throughout her youth and college career she excelled in football (soccer), basketball, gymnastics and volleyball; winning many team and individual honors as a player and coach. After college, beach volleyball became her athletic passion and eventually brought her to Massachusetts where she learned English and competed on the Association of Volleyball Professionals (AVP) circuit. Today she is a well-regarded volleyball referee and member of the Board of Directors for the Volleyball Hall of Fame.

Like her father, Vicky learned musicality and how to perform. In addition to playing the piano, guitar, auto-harp, harmonica and trumpet, Vicky is a vocalist and songwriter. She is currently pursuing her musical interests by playing the role of the high energy legend, June Carter, in the "Cash is King" Tribute Band in the United States.

Today, Vicky is quickly making her own footsteps in the world of dance with the same motivation, energy and passion she has devoted to both music and athletics. Since February 2012, she has logged countless hours to learn various styles of dance including: Line Dancing, West Coast Swing, Polka, Night Club Two Step, Cha-Cha, Waltz, Two Step, East Coast Swing and Tap Dancing.

In January 2013, after dancing for less than a year, Vicky competed in the United Country Western Dance Council (UCWDC) World Championships in Nashville TN. She competed in five dance styles and won both the Crystal and Open Pro-Am Newcomer divisions, with Rob Glover. Within one year, she also rose to Intermediate level on the World Swing Dance Council (WSDC) circuit, competing throughout North America.

Being a songwriter, Vicky naturally started to choreograph songs as soon as she understood the dance styles. In 2013, Vicky has had the honor of having two of her line dances in the Top 10 on the world charts; “Be My Baby Now” co-choreograph with Rachael McEnaney, and her 1st solo published choreography, “Madness”.

Vicky is a true performer; whether on the volleyball court, on the stage or on the dance floor, you will find her giving it her all. She is looking forward to joining teams of instructors at various upcoming dance events this year to share her passion for music and dance.

“Dancers are the athletes of God.” -Albert Einstein

“Life is not about waiting for the storm to past, It’s about learning to dance in the rain.” -Vivian Greene

“Never give up! Failure and rejection are only the first step to succeeding." -Jim Valvano

Vicky St.Pierre has choreographed 15 dances, of which 3 have been co-choreographed. Their first published stepsheet on CopperKnob is Madness from May 2013, with their most recent stepsheet of Lips in May 2018.