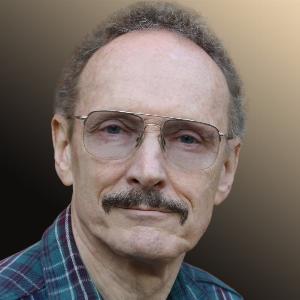 Email:
Website:
wild-horses.us
Address:
-
Country:
United States
Phone:
916-802-7124
As a “single again” person in the late 1980’s, I turned to Country Western dancing and music as a way to re-enter the dating scene. I joined a local country dance club where I was privileged to take couples lessons from such greats as Dave Getty, Robert Royston, and Michelle Kinkaid along with other excellent local instructors.

The need for a safe, social environment in which to linedance led my wife & I to sponsor dances through the various Park & Recreation Districts where we taught. I became the DJ, and my wife took over the task of assisting beginners at the dances

In 1996, the need for new line dances that appealed to my students led me into linedance choreography. I have created over 200 linedances over the years and am thrilled at the success that “Burlesque” has garnered, including being a Crystal Boots Award nominee for Intermediate Dance of the Year in 2010. I was inspired to do the dance after watching the credits to the movie Burlesque where Cher sang the song “Welcome to Burlesque”. Reflecting back, I was also driven by the music to choreograph “Sway Me Now” in 2005 after seeing the movie “Shall We Dance?” with Richard Gere and Jennifer Lopez. Other popular dances of mine include: "A Love Worth Waiting 4", "Behind Closed Doors", "A Country High", "A Kiss 4 Me" and "Aguardiente". In the Las Vegas Dance Explosion 2012 my dance "Amor de Rumba" placed 1st in the Beginner Division and "Amica Mia" placed 2nd in the Non-phrased Intermediate Division. In 2014, "Many Tears Ago" placed 2nd in the Beginner Division, and in 2015, "Going 2 Pot" placed 1st in the Phrased Intermediate Division. In 2014 my dance "Aguardiente" was voted the "Most Popular Dance of the Year" in Singapore. I have been published in Linedancer Magazine in both the First in Line and Steppin’ Off The Page sections and as a Crystal Boots Award nominee for Burlesque.

I have had the repeated privilege to be an invited instructor at the Pismo Beach Country Western Dance Festival, subsequently Clovis Western Days, Cambria Western Dance Festival, Central Coast Dance in Solvang, Boogie ‘til the Cows Come Home and have been the DJ for Scooter Lee’s “Dancing for the Dream” event in the Sacramento area from 2008 to present. In 2015 I was thrust into the role of being an Event Director hosting the annual OktoberWest line dance event in the Sacramento, CA area. I was the invited instructor to teach a special workshop in Mesa, AZ in January 2017.

Norman Gifford has choreographed 177 dances, of which 7 have been co-choreographed. Their first published stepsheet on CopperKnob is Language Of Love from October 2007, with their most recent stepsheet of Toe'n the Line in April 2022.

I Forgot to Remember to Forget  Norman Gifford (USA) - February 2020