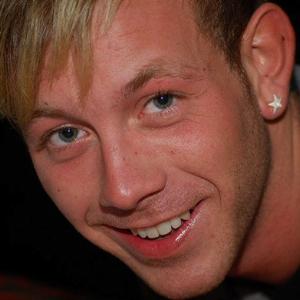 Email:
Website:
www.pimvangrootel.com
Address:
-
Country:
Netherlands
Phone:
+46 73-6420871
Pim was born on March 26th, 1986 in Eindhoven, The Netherlands. He started line dancing at the age of 10, in a social country line dance club. After 2 years he wanted some more and decided to compete at his first line dance competition.

He has been dancing in many different competitions and winning several of them like: The Benelux, Swiss, Swedish, European and many more..! In 2004 he stopped dancing for 2 years to have a break from the training but in 2006 he had his comeback and his breakthrough with winning the World Championships in his Division Open Intermediate Male. 2007 he has reached the highest level of Line Dancing called ‘ Megastar”. This wouldn’t be possible with the help from his coaches: Roy Verdonk, Raymond Sarlemijn and Tom Mickers.

Since then he has danced in the Line Dance Megastar Division, Pro-am with girls from all over the world and is coaching several teams and groups in country’s like: Sweden, Denmark, Switzerland, Czech Republic and Spain.

Pim also started to study dance in the year 2007 at the Fonty’s Dance Academy in Tilburg, The Netherlands and has learnt a lot of different dance styles, jazz, ballet, modern, hip hop. tap, afro, limon and graham.

The personable dancer has been very busy but his enthusiasm and thirst for life continues....!

Pim van Grootel has choreographed 94 dances, of which 82 have been co-choreographed. Their first published stepsheet on CopperKnob is Nonononono-Notso from Feburary 2008, with their most recent stepsheet of Heavy D in April 2022.