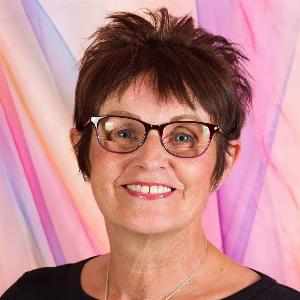 Email:
Website:
www.elyron.com
Address:
-
Country:
Scotland
Phone:
01563540460
At age sixteen, Yvonne joined her father’s show band as a backing singer. But, the little girl with the huge voice soon became a professional lead singer and regularly appeared along side famous cabaret performers in clubs and theatres across Britain. As her reputation and ability grew Yvonne formed her own band, Cinnibar. This was a chance to perform her brand of music. The gamble paid off, Cinnibar was a hit, offers of work flooded in and soon she was singing five nights a week.

At around the same time Yvonne discovered a new passion, ‘line dancing’, never one to do anything by half-measures she was a dedicated line dancer ever hungry to learn new routines. Two years later Yvonne became a line dance instructor and started her own club, The Boot Scootin’ Bandits. From the beginning her enthusiasm, energy and sense of fun inspired dancers and her classes proved more and more popular. Her success as an instructor generated invitations to teach at workshops and provided the motivation for her choreography.

A short time later Yvonne decided to combine her singing career with her passion for line dance and so Copper Rose was born. Luck was on her side, after two months on the country scene she was invited to perform at Scotland’s largest Country and Line Dance festival. Impressed by her performance the festival director insisted that Copper Rose make several appearances the following year.

Today, Yvonne’s dedication and enthusiasm has paid off, as word of her talent spreads bookings from clubs and event organisers continue to increase. Her choreography has steadily grown in popularity and her classes include Scottish, British and European Champions. But it is her astounding emotion packed voice that sets the dance floor alive.

Yvonne Anderson has choreographed 183 dances, of which 43 have been co-choreographed. Their first published stepsheet on CopperKnob is Let's Shout (Baby Work Out) from October 2007, with their most recent stepsheet of Come Home to You in May 2022.

Additionally, Yvonne Anderson has recently had 2 dances in the top 10.

Never Be Anyone Else But You  Yvonne Anderson (SCO) - January 2020